skip to main | skip to sidebar

As seen on a Bella Vita Vacations Trip...

Some images of what you'll see on a BVV trip to Tuscany. Next trip is planned for Oct 2010!

Before and After - A Dog Tale 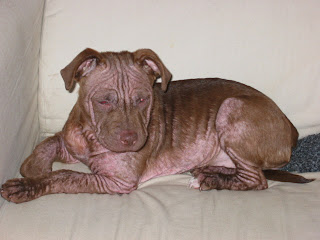 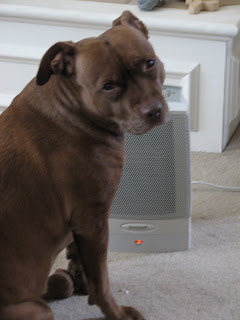 Okay, everyone that knows me well, knows I am a huge dog person. However many don't know WHY I am so crazy about dogs. Of course there are the usual reasons - dogs provide unconditional love (which is really more like 'unconditional worship' if you ask me), they are workout partners, they keep you warm on cold nights, they are endlessly entertaining, and well, the list goes on and on. But for me, the reason I am classified by pet food marketers as 'proud parent' or 'crazy dog lady' by my neighbor kids or 'fellow dog advocate' by my kismet 'dog friends', can be summed up in one simple word. ATHENA.

I have always had a soft spot for animals. Especially dogs. And most especially dogs needing homes. But the day Athena came into my life was the day that my love for 'all things dog' went into overdrive. Why Athena? Well...Athena is a Staffordshire Bull Terrier. She is one of the breeds that make up what the media lumps into one breed - a Pit Bull Terrier. I'm not going to rehash how maligned these dogs are, you already now (if you don't, email me, we'll chat!).

Being a 'proud parent' to Athena meant that I had to be THE most educated, THE most diligent, THE most informed, THE biggest advocate I could be as a dog owner. It is my belief that until you know and love a pit bull type dog, you can not claim to be a real dog person. I have learned more about dog behavior, dog health, government, stigmatism, stereotypes, injustice, endurance, compassion, and love than I ever thought possible.

Not only am I a better dog owner, but I am a better person because of Athena. Funny how adopting a dog can do that, isn't it? I'm not alone in thoughts on this. Because of Athena I have so many wonderful friends that are 'crazy dog people' just like me thanks to the special wiggle butts that have come into their lives...in much the same way as Athena came into mine.

Before Athena found her forever home with me - I was a different person and she, a different dog. I look back on these photos and wonder what would have become of Athena if I hadn't adopted her? The answer comes quickly and I force it out of my mind as fast as I can remove it. Because of her breed, she wouldn't have been given a chance. Before me (and her saviour, Michelle, my sister), Athena was covered in motor oil, eyes swollen shut, very ill. She was a mess. Now, she is healthy, happy, spoiled and lacking every trait that gives her 'kind' a bad name.

I took a gamble on a dog that was called 'dangerous' and was very ill...and she took a gamble on me, as all dogs do when the find themselves a new home. As you can see by these pictures, 'after' for her is a much better place. If only I could visibly show just how much better I am 'after' owning Athena.

I sincerely hope that everyone would take a gamble like I did...I promise you, you'll be a much better person 'after' than you were 'before'.
Posted by krislars at 5:27 PM No comments: 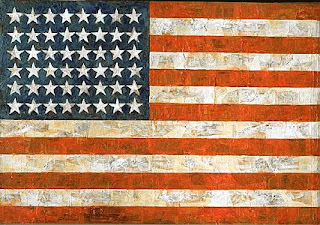 Re-posting an email (news)letter I received from Glen Beck...No matter what you feel about him, this message is spot on. Hope you'll take it to heart. Happy Independence Day and God Bless one and all!

Here it is, another Fourth of July. Traditionally, this is a day to gather with friends, maybe fire up the barbeque and play with kids until the sun sets and the fireworks start. But in thinking back on the meaning behind this day, we must never forget that our nation was baptized in the blaze of a very different kind of "fireworks." Yes, this is a day of rest and relaxation, as well it should be, but this year…I'd like to ask you a favor. At some point during the day, I hope you'll take time to think and reflect on what it is we're truly celebrating on the 4th of July -- our Independence Day. Of course the Declaration of Independence was signed on July 4th, 1776 but it's so much more than that. On this day, 233 short years ago, a small group of men dedicated themselves to a higher purpose, an ideal they believed in so greatly, they signed their name to its expression and in doing so put their very lives at risk.

Never has a simple act of signing one's name carried such weight, such a profound commitment. By signing the Declaration of Independence, 56 men stood in direct defiance of the British government. They became marked men, and willingly so. As I was doing some research on the significance of July 4th, I came across some interesting facts about these men. Today as we all enjoy the freedom our forefathers guaranteed us, join me in honoring the extraordinary sacrifice of 56 extraordinary Americans.

Of the 56 men who signed the Declaration of Independence:

If you ever feel like your lone voice can never be heard, that the political system isn't set up for "regular" Americans to change the course of history, remember: The signers were flesh and blood, mortal men with a divinely-inspired aim.

Twenty-four were lawyers and jurists, eleven were merchants, and nine were farmers and large plantation owners. They were well educated, smart enough to know that by signing the Declaration of Independence, they were signing their own death warrants. They did it anyway, and God bless them for it.

As we enjoy our liberty on this 4th of July, or any day of any month, we must never take that liberty for granted. Too many have given too much. In the words of the Signers themselves, "For the support of this declaration, with firm reliance on the protection of the divine providence, we mutually pledge to each other, our lives, our fortunes, and our sacred honor."

Their lives, their fortunes, and their sacred honor -- I think that's a price paid worth a few minutes of reflection, don't you? But let's not be solemn in that reflection. I say rejoice and share this information with your friends and family, especially your kids. The Signers asked for nothing in return for their pledge, but I say that we show our thanks with a pledge of our own: To remember, to be grateful, and to carry on in their spirit. America is the greatest country this world has ever and will ever know, and it will stay that way so long as "we the people" remember that just like in 1776.

It's US that surrounds them, and we'll never back down.

Glenn
Posted by krislars at 12:49 PM No comments: